How Do Automatic Doors Work?

Most automatic doors use motion detection sensors or optical sensors, which are installed on the sides of the door, to trigger the opening/closing of doors.

All automatic doors, irrespective of their type or design, consist of sensors that help trigger the opening/closing of doors when the need arises. Let’s look at the various kinds of sensors used in automatic doors:

In the 1960s, ‘control mats’ were used as sensors to detect the approach of pedestrians. These mats detected changes in the weight/pressure on a specific area of the ground in front and back of the gates. If the weight that a particular area experienced was more than the set limit (the ‘trigger limit’ was set lower than the average human weight), then the doors would open.

The advantage of using this kind of system was, and still is, that the doors remain open as long as there is pressure on the mat, or in other words, if there is a person standing/walking near the doors. This not only makes it easy for swift entry/exit, but also prevents the doors from ‘closing in’ on an individual.

These days, however, most automatic doors use motion detection sensors or optical sensors, which are installed on the sides of the door, to trigger the opening/closing of doors. These sensors, as their names imply, detect or ‘look for’ motion in front of the gate. In these sensors, motion is detected by a microwave beam (10.5 GHz) produced by an antenna that is installed on the door header and generally points in the downward and outward direction. 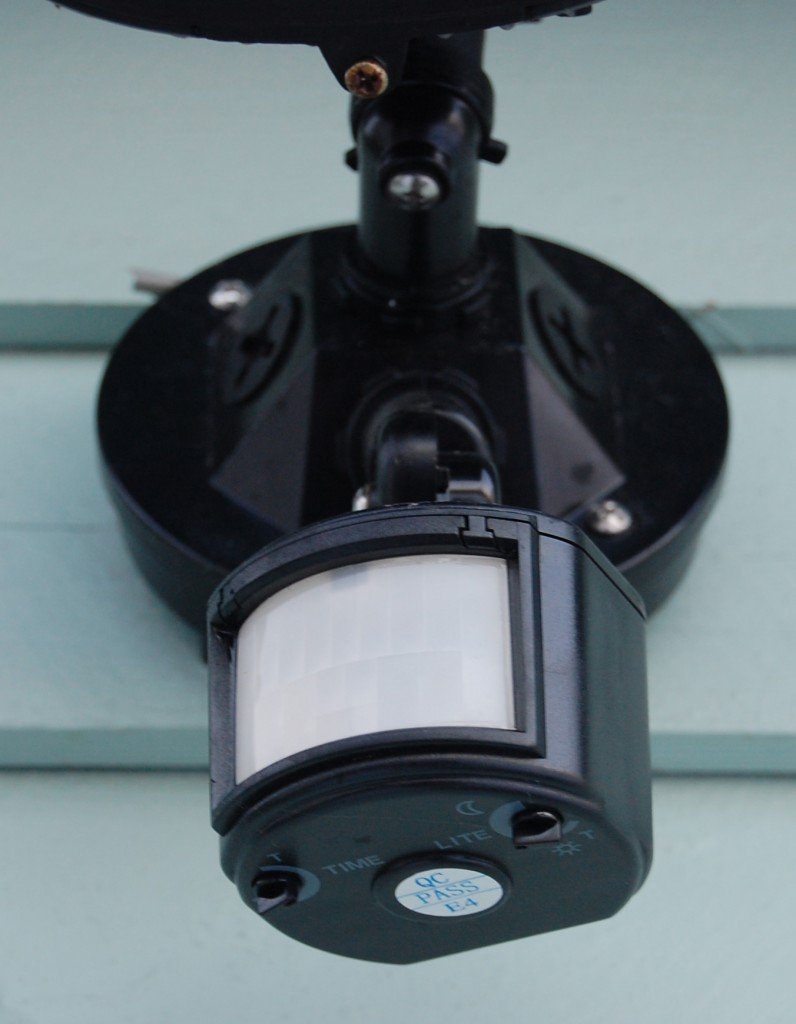 These sensors are quite effective, but have one major shortcoming: they can only detect motion. Therefore, a person standing still or walking very slowly (like senior citizens) might not be detected, which can lead to accidents.

These specialized sensors use infrared technology to trigger the opening/closing of doors. These sensors detect changes in temperature in the area surrounding the doors, so when an individual approaches the doors, their heat signature is detected by the sensors, which cause the doors to fly open! 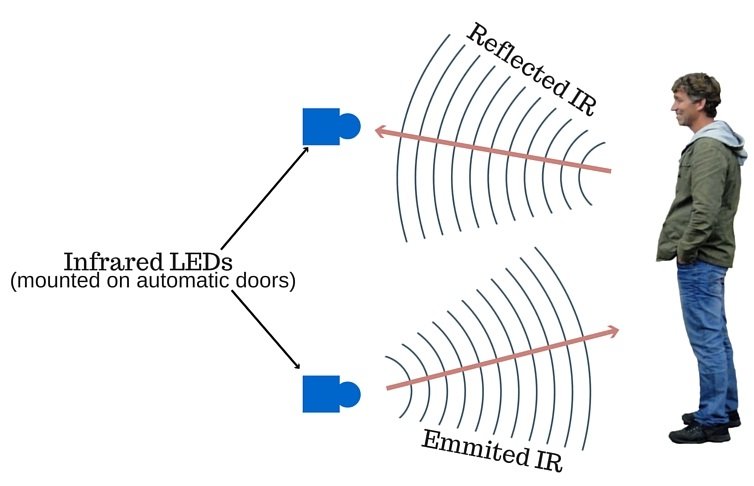 Note that these sensors work efficiently by themselves, but different sensors are often used in various combinations in a single system to prevent hiccups or oversight. For example, motion sensors do their job of triggering the opening mechanism as soon as they sense or ‘see’ motion in front of the doors. However, if the individual is moving too slowly or standing still near the doors, the pressure sensors detect the weight of the individual and prevent the doors from closing until the weight is relieved, i.e., the person moves away from it or pass through the doorway.

How do the doors actually open?

After the sensors detect the presence of an individual, the job of actually opening/closing the doors must be completed. Sensors are connected to an electronic drive train, which is attached to the panels of the door through an auxiliary drive or a cog wheel. The auxiliary drive is connected by rubber belts that regulate the opening and closing motions of the doors. At the bottom of these doors are rollers that allow the doors to slide so smoothly.

Automatic doors are incredibly convenient and quite safe these days, yet work is always being done to discover better and smarter designs. I don’t know about you, but personally, I would love a door that opens with a snap of my fingers or a simple spoken command… that’s the kind of future I’m looking forward to!